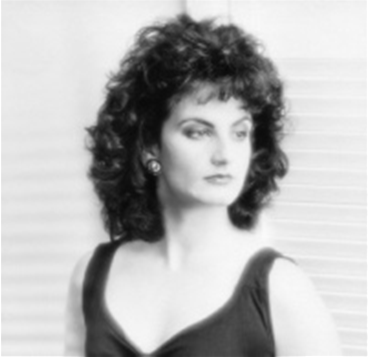 Julia commenced her dance training in 1973  aged four years. She was enrolled into The Benson Stage Academy, Whitby branch and started her Ballet and Tap training with the Principal Miss Barbara Benson-Smith. Over the next few years her natural aptitude for dance became apparent, passing all her Ballet and Tap grades with excellent results.

Julia kept up her studies in both subjects practicing at home each evening and after school when at the age of twelve she became interested in Disco type dancing and added it to her home practice sessions. Disco had not yet become popular with traditional dance schools of the day, however her Ballet and Tap was never neglected but incorporated into her disco dancing (now Freestyle) eventually creating her own brand of Freestyle/Commercial Dance.

Local and national competitions followed and there were many first prizes, cups, and medals to add to her trophy room. A short time after this Miss Benson produced a UKA Syllabus and encouraged Julia to go for a Teaching Diploma. Julia gained her teaching Diploma in Freestyle at sixteen years of age making her one of the youngest Dance Teachers in the country.

In 1985 Julia entered into a professional dance career and worked with various Theatre Companies up and down the country always returning to teach at the Academy in the autumn where she has taught dance for over 26 years. Over the years Julia studied hard to gain her present qualifications in dance being an examiner for the UKA for the past eleven years. She has also acted as adjudicator for UKA national dance Competitions, Scholarships and holds lectures and workshops at their annual Conference.

Julia also holds many other dance teaching qualifications and awards including Ballet.

In her own words… ‘I am honoured to take over as Principal of the Academy from Miss Benson in January 2010, and will continue to maintain the traditions, standards and discipline of the Academy.’