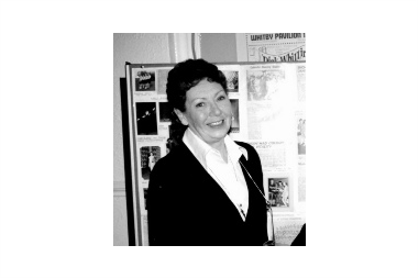 Over the past sixty Years there have been hundreds of little girls (and a few little boys) receiving dance tuition, some have become very successful dancers, some teachers, some have just learned dance for sheer enjoyment.

I have over the years tried to pass on all the technical knowledge, expertise, and love of dance I acquired from my brilliant teacher the late Miss Lillian Hainsworth herself a former pupil of the great Espinosa of Milan.

The Academy has played a big part in nurturing the artistic qualities required for Television, Films, and today’s Musical Theatre.
Samuel Barnett, Joanne Foggat, and Liam Hart are all former pupils that have found success in these areas.
Many others now run their own Dance School’s, some are scattered throughout the world as Professional Dancers and appeared in West End Shows.

Pupils of the Academy have appeared with…Festival Ballet, Northern Theatre Ballet, plus other professional companies.
I truly feel now is the time to move the Benson Stage Academy, Whitby, Branch forward once more and allow Miss Julia to continue the work I began half a century ago. Julia is a highly qualified Teacher and Examiner in all dance disciplines, and as myself, totally dedicated to her profession., she has worked within the Academy for the last twenty five years teaching Freestyle Dance, being a former pupil of mine since she was four years old. I know she will set the very highest standards possible.

Recent awards achieved by Miss Benson include, Runner up for the prestigious Karl Allan Award, was presented with UKA Dance Teachers lifetime achievement award, and in January 2012 she was included in the New Year Honours List being awarded the M.B.E for lifelong service to Dance and her fund raising activities for the many charities she has supported all her life.

In 2013 Miss Benson Celebrated her 60th Anniversary as a Teacher of Dance and Founding of the Academy in 1953.
Postscript:
I sincerely hope that pupils will have a long love and appreciation for Dance and the arts involved.

‘Reminisce, and think of the Academy affectionately.’